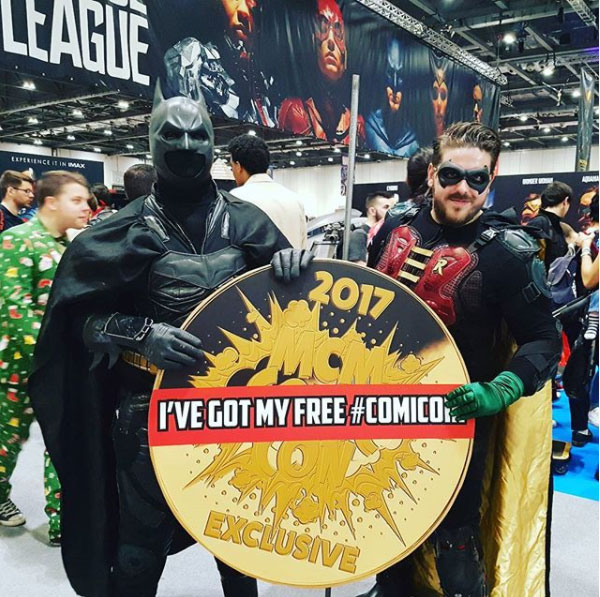 The Comicoins were gold plated and featured the MCM Comic Con branding on the front, with The London Mint Office on the back, and were completely free on a first come first served, one per customer basis.

Aside from the extremely popular Comicoin, The London Mint Office were also premiering a BRAND NEW set of coins known as the Marvel Light Up Range featuring Spider Man, Captain America & Iron Man. Comic Con London was the first place in the UK to see these exciting new coins prior to general release and proved to be a hit with Marvel fans.