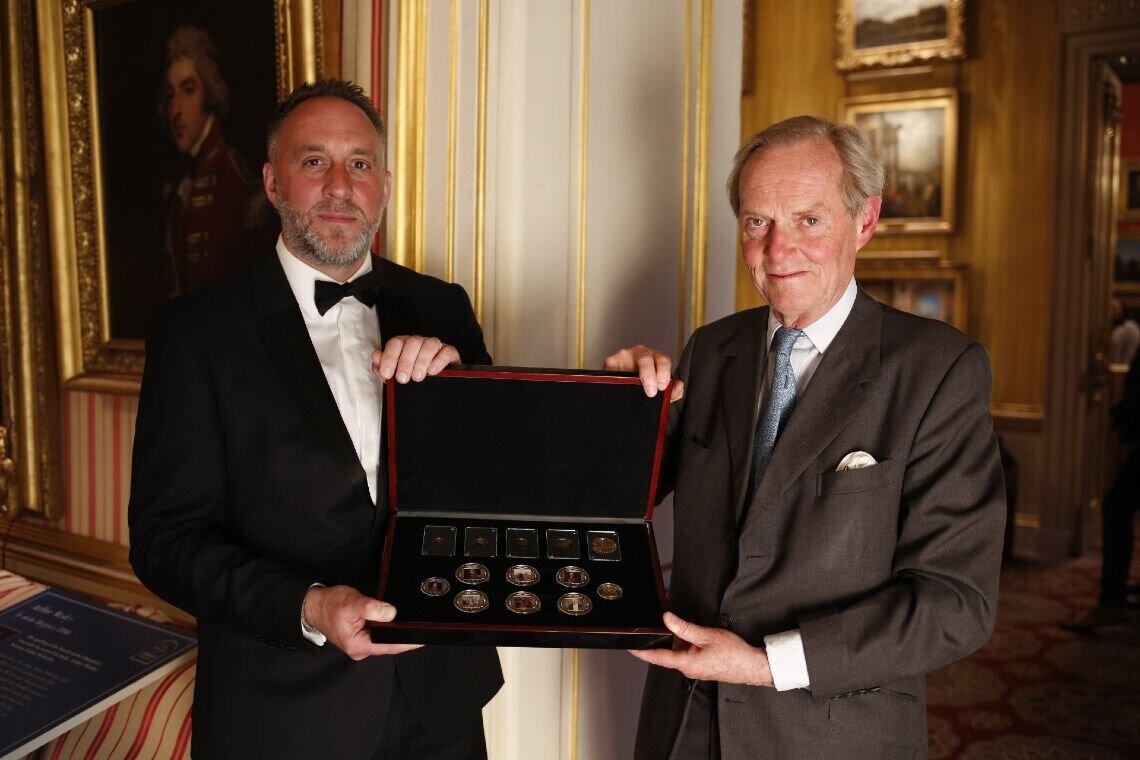 A special event took place this evening at Apsley House, Hyde Park Corner, home of Arthur Wellesley, the first Duke of Wellington in this 250th anniversary of his birth.

This beautiful Georgian building, known as ‘Number 1 London,’ was the home of the first Duke of Wellington and has changed very little since his great victory at Waterloo. It holds one of the finest art collections in London, with paintings by Velazquez and Rubens, as well as a wonderful collection of silver and porcelain.

Apsley House is the perfect location to launch this prestigious new Sovereign. The first modern Sovereign, (which also bore a design by Benedetto Pistrucci) was struck in London in 1817. Coincidentally, this is the same year that the Duke of Wellington purchased Apsley House from his brother.

The 1st Duke of Wellington became one of the greatest figures in British military history, and featured in the Top 15 Greatest Britons poll for the BBC. He distinguished himself as a superb tactician and strategist on the battlefield, boldly taking the initiative in dangerous situations, maintaining discipline and keeping calm under fire.

In 2019, the nation commemorates the 250th anniversary of the birth of the first Duke of Wellington. The London Mint Office is marking the occasion with a new commemorative Sovereign collection depicting a brand-new design by Angela Pistrucci, a descendant of the modern Sovereign’s original designer.

Managing Director of The London Mint Office, Daniel Penney said: “The grandeur of Apsley House provided the ideal setting to celebrate this historic milestone, and we are very grateful to the current Duke of Wellington for allowing us to host our event at the residence of the first Duke of Wellington. The launch of the Wellington 250 Saint Helena Sovereign Collection, allows collectors to pay homage to one of the world’s leading military and political figures.”

The event at Apsley House was attended by honoured guests paying homage to Arthur Wellesley, the First Duke of Wellington. As The London Mint Office unveil this new collection, there can surely be no better place to honour the life and legacy of the man Tennyson described as “the statesman-warrior, moderate, resolute.”