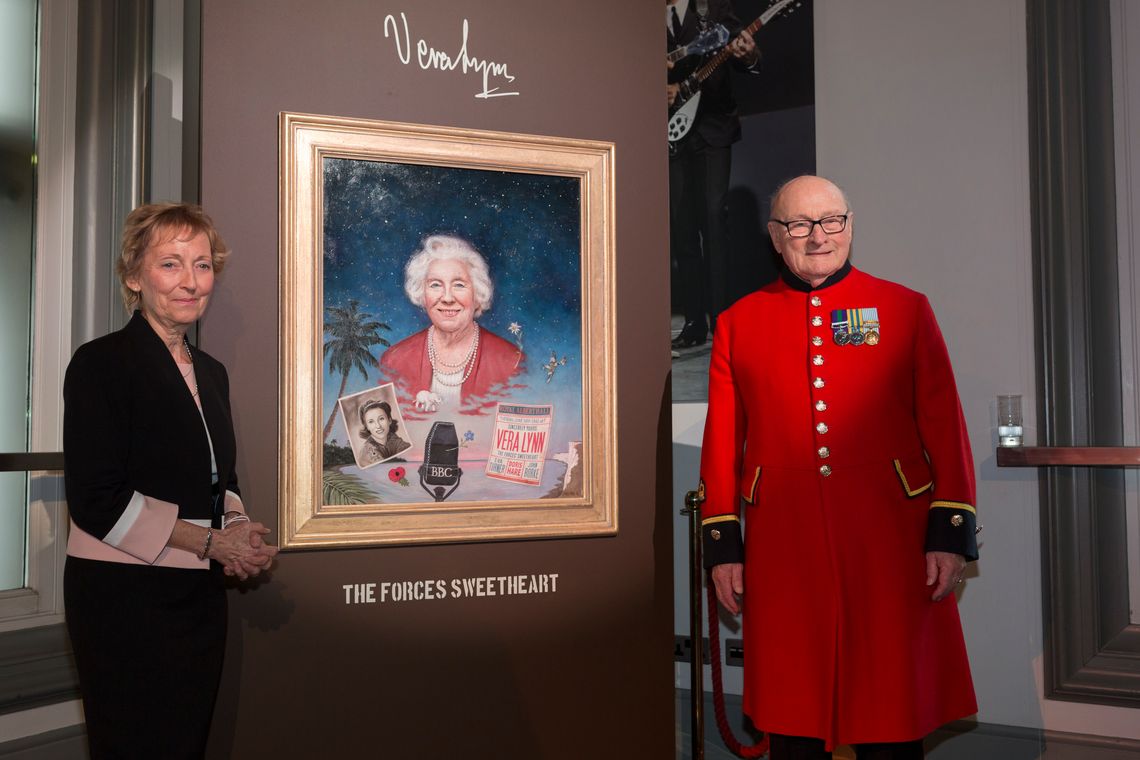 A new portrait of Forces’ Sweetheart Dame Vera Lynn has been unveiled at the Royal Albert Hall.

Dame Vera, who famously performed to British troops during the Second World War, is depicted alongside a number of symbols representing her life including a poppy and a BBC microphone.

Her daughter VirginIa Lewis was present at the concert hall for the unveiling of the painting, which was by Norwegian artist Ross Kolby.

Also featured in the painting of Dame Vera, commissioned by The London Mint Office, are a Spitfire, the white cliffs of Dover and a night sky displaying constellations that she saw whilst entertaining troops in India in 1944.

He told the PA news agency: “When you think about the words to We Will Meet Again, they just fit the bill don’t they, because it is what a chap was saying to his wife or his family.

“I expressed those kind of words to my own wife when I left for Korea.”

Dame Vera, 102, who was born in East Ham, east London, rose to popularity while performing for troops during wartime in countries including Egypt, India and Burma.

It is the first time that a new artwork has been displayed in the Royal Albert Hall for decades.