Key moments of the relationship between Prince Harry and Meghan Markle 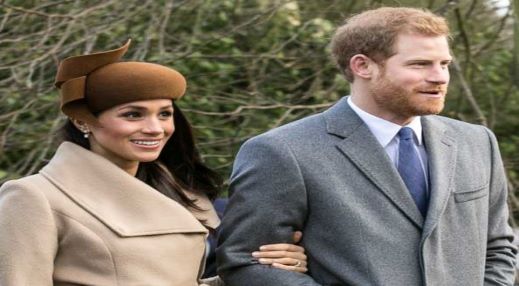 The birth of a new Royal Baby is on the horizon. The birth of the first child of the Duke and Duchess of Sussex will be one of the most important moments for the Royal Family and a time for celebration up and down the country.

Prince Harry and Meghan Markle – an American actress best known for her role in the legal drama Suits – meet for the first time, on a blind date organised by a mutual friend. There was an instant spark, and the Prince himself admitted in an interview with the BBC that “I realised I had to step my game up.”

Only a few weeks after meeting, the blossoming couple then journeyed to Botswana for a holiday, which they credit with first establishing their relationship as serious.

This is when the first rumours of their relationship began to swirl, with a horde of British tabloids beginning to comment and stir the pot. Markle herself remains silent, but still maintains a presence on social media. One post in particular is flagged by eagle-eyed fans; one where Markle wears a bracelet remarkably similar to one owned by Prince Harry,

Rumours of the relationship between Prince Harry and Meghan were then put to rest by a rare and remarkable statement made by the Prince directly to the media via Kensington Palace, where we lambasted “racist and misogynistic” reporting on his girlfriend.

A few weeks later, Prince William releases his own statement, supporting his brother and his girlfriend, putting rest to rumours that the Duke of Cambridge did not favour the match.

Markle shuts down her lifestyle blog, The Tig. The Royal Family do not maintain individual presences on social media, instead favouring to comment via both Buckingham and Kensignton Palace’s press offices. This was further indication that Markle is now a long-term staple of the Royal Family, and engagement rumours start to surface too.

Meghan Markle covers the October issue of Vanity Fair – giving a rare interview on her relationship.

“We’re happy,” she tells the magazine. “Personally, I love a great love story.”

This would prove to be a momentous month for the couple. Markle officially retired as an actress (adhering to Royal protocol). After leaving Suits, Markle makes the move across the pond and into Kensington Palace with Prince Harry.

Then, on November 27, the couple make the news of engagement official. The announcement is followed by a wide-ranging interview with the BBC, where the couple share details of how they met and how the Prince proposed (in the privacy of their home as they were roasting chicken, it turns out).

The world watches as Prince Harry and Meghan Markle marry at Windsor Castle on the 19th May, 2018. Wearing a custom-made Givenchy dress, Markle is walked down the aisle by Prince Charles, bringing the end to a whirlwind few weeks for the British tabloids over whether Markle’s father, Thomas would walk her down the aisle.

The couple bring their 2018 to a close with some exciting news; they’re expecting their first child, due in the spring of 2019.

Buckingham Palace makes some news official; after operating under the same umbrella as Prince William and Kate Middleton, Prince Harry and Meghan Markle will now be known as the Duke and Duchess of Sussex.