Prince Charles: 70 years of The Prince of Wales – Happy Birthday 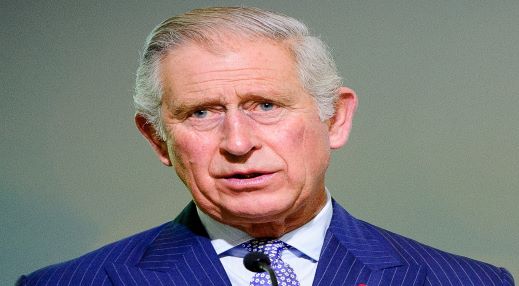 Today we celebrate the 70th Birthday of His Royal Highness Prince Charles. He was brought into the world on the evening 14th of November, 1948, at Buckingham Palace as the eldest child of Princess Elizabeth, Duchess of Edinburgh, and Philip, Duke of Edinburgh. Charles was baptised in the palace’s Music Room by the Archbishop of Canterbury, Geoffrey Fisher, on 15 December 1948.

As born second in line to the throne, Charles and took on the role of Heir Apparent in 1952 when Princess Elizabeth’s accession to Queen Elizabeth II. Charles attended his mother’s coronation on the 2nd June 1953, although she had already been Queen for over a year. The delay in her ascension was to pay respects and allow a suitable period of time to mourn King George VI.

A governess named Catherine Peebles was appointed and undertook his education between the ages of five and eight. However, in 1955 Buckingham Palace announced that Charles would attend school rather than have a private tutor, making him the first heir apparent ever to be educated in that manner.

Although Charles was created Prince of Wales and Earl of Chester in 1958, his formal investiture did not take place until 1 July 1969. Before the investiture The Prince had spent a term at the University College of Wales at Aberystwyth, learning to speak Welsh.

Charles followed family tradition when he served in the Royal Air Force and Royal Navy from 1971 to 1976. During the mid-’70s, Charles joined the Royal Naval Air Station to receive helicopter training, and later served as a helicopter pilot for the 845 Naval Air Squadron, based on the HMS Hermes. On 9 February 1976, he took command of the coastal minehunter HMS Bronington for his last ten months of active service in the navy.

Towards the close of the decade, Charles further expanded his military skill set with parachute training, having already taken the reigns at times as the pilot for the Queen’s Flight, the monarchy’s official aircraft.

When the couple married on July 29, 1981, the ceremony was broadcast on television around the world, with millions of people tuning in to see what many considered to be the wedding of the century. On June 21, 1982, Diana and Charles had their first child: Prince William Arthur Philip Louis, and he was joined by a brother, Prince Henry Charles Albert David known widely as “Prince Harry” more than two years later, on September 15, 1984.

The couple’s separation was announced in December 1992 by British Prime Minister John Major, who read a statement from the royal family to the House of Commons. The divorce was finalized in 1996.

In 2013, Charles became a grandfather to George Alexander Louis, known as “His Royal Highness Prince George of Cambridge,” the son of Prince William and Duchess of Cambridge Kate Middleton, on 22nd July. Charles soon had a granddaughter as well, Princess Charlotte Elizabeth Diana, born on 2 May, 2015. On 23rd April, 2018 Prince William and the Duchess of Cambridge welcomed Charles’ second grandson, Prince Louis Arthur Charles.

Besides his royal duties, Charles has become a leading philanthropist. Charles founded The Prince’s Trust in 1976. The Prince’s Trust is a charity with an aim to help vulnerable young people get their lives on track. Each year they work with about 60,000 young people, with three in four moving on to employment, education, volunteering or training. Charles has become the longest reigning Heir Apparent; the previous record, of 59 years, two months and 13 days, was set by his great-great-grandfather, King Edward VII.

During an April 2018 summit of the Commonwealth, Queen Elizabeth nominated Prince Charles to succeed her as head of the 53-nation association of Britain and its former colonies. The Prince, who is 70 today, will be the oldest person to be crowned in British history when he eventually succeeds the Queen.