The Birth of a Princess: How Princess ‘Lilibet’ Became Queen Elizabeth II 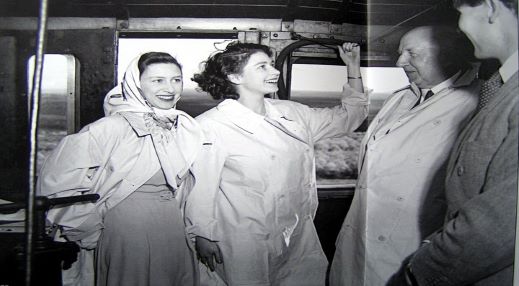 This year on June 9th the country will celebrate Her Majesty Queen Elizabeth II’s  Official Birthday, a royal tradition which spans back centuries to 1748 when King George II who was born in November longed for a grand celebration with good weather, and so he decided to have a 2nd birthday celebration during the summer time- And so the tradition began. This year the The Queen celebrates her 92nd birthday, but not many people know of the Princess and the challenges she faced to become a Queen.

A Princess Is Born.

Princess Elizabeth Alexandra Mary Windsor entered the world in the early hours of Wednesday April 21st 1926 in London.  The first child of the Duke and Duchess of York and the first grand-daughter of King George V was named after her mother, Lady Elizabeth Angela Marguerite Bowes-Lyon.  The fashionable townhouse in which she was born, 17 Bruton Street in Mayfair, was later bombed during the Second World War and demolished. Today, a new building occupies the exclusive address, home to an appropriately upmarket Cantonese restaurant.

At the time of her birth, Princess Elizabeth was third in the line of succession with little if any expectation that she would one day become Queen.  Her charismatic and popular uncle David, Prince of Wales was the next in line and it was assumed that his future wife would one day produce the next heir.  No one in 1926 could have foreseen the dramatic set of circumstances ten years later that would conspire to put her father on the throne instead.

Elizabeth was christened in the chapel at Buckingham Palace on 29th May 1926.  Her godparents included the King, Queen Mary, the Earl of Strathmore and the former Governor General of Canada, her great-great uncle Prince Arthur, Duke of Connaught.

By all accounts, Princess Elizabeth enjoyed a happy childhood.  She was a great favourite of the King.  She called him “Grandpa England” and he called her his “sweet little Lilibet”.  She spent the first decade of her life with all the privileges of being a Royal but without the responsibility of being the heir to the throne. Her parents divided their time between their home in London and Royal Lodge at Windsor Great Park.

Elizabeth and her younger sister Margaret were home schooled by a governess who taught them history, geography, grammar and literature.  Additional tutors taught them music, dancing and French (a language that Elizabeth remains fluent in to this day). In addition, their grandmother Queen Mary took them to museums and historic sites to widen their knowledge of politics and the history of Britain.

King George V Passes Away & A New King is Crowned.

On 20th January 1936 Princess Elizabeth’s grandfather King George V died aged 70, and the crown passed to her uncle David who took the name Edward VIII.  However, within months he had plunged the country into a constitutional crisis by proposing marriage to a twice-married American divorcee Wallis Simpson. When it became clear that he could not marry her and remain on the throne, the King chose love over duty and abdicated on 10th December 1936, thereby becoming one of the shortest-reigning monarchs in British history.

A New King is Crowned, Again.

With Edward’s departure, the crown passed to his younger brother Prince Albert, and his ten-year old daughter Princess Elizabeth became the heir presumptive, meaning that she would ascend to the throne only if her parents did not produce a male heir. The succession laws at the time ruled that a son always took precedence over a daughter in the line of succession regardless of who was born first.

It is said that Elizabeth initially resented the change that this brought to her young life, which included a move into Buckingham Palace and less privacy.  A branch of the Girl Guides, the first Buckingham Palace Company, was created to allow her to socialise with girls her own age without leaving the confines of her new home.

Despite being known publicly as Prince Albert until his accession, the new King chose the name George VI to reign, in order to provide a sense of continuity after the constitutional turmoil of the previous year.  As the second child of George V, Albert had never been expected to inherit the throne and spent much of his early life in the shadow of his charismatic and popular elder brother.  He served in the Royal Navy and Royal Air Force during the First World War, and received speech therapy to overcome a difficult stammer which caused him great anxiety when speaking in public.

To prepare her for her future role Princess Elizabeth’s studies were expanded to include constitutional history, politics and law, and she was also personally tutored by the Archbishop of Canterbury in readiness for the day that she would become Head of the Church of England. She also spent a great deal of time with her father, learning the duties and responsibilities of a constitutional monarch first-hand. One of her earliest assignments came when she was eleven and he asked her to write a complete report of his coronation in 1937. She wrote that she “thought it all very, very wonderful” but concluded that “the end of the service got rather boring as it was all prayers”.