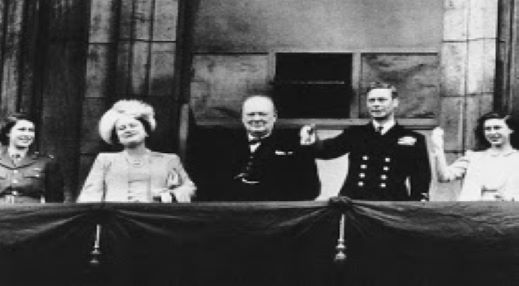 Following the death of King George V in January 1936, perhaps the greatest royal crisis occurred, when the newly-crowned King Edward VIII proposed marriage to American socialite and former divorcee, Wallis Simpson. In an era where divorce was strictly frowned upon, Edward had to make the decision to either end his relationship, or abdicate from the throne – he chose the latter.

Never expecting to come to the throne, Edwards’s younger, timid brother Prince Albert became the new heir, making the decision to reign as King George VI – the same name as his father, a deliberate move to ensure the continuity between reigns. Originally set as the date for Edward’s coronation, the 12th May 1937 instead saw his brother officially sworn to the throne.

The media played a huge role in broadcasting parts of the coronation events, including a return procession through the streets of London, becoming the world’s first major outdoor broadcast as well as the first to be broadcast over radio.

George’s reign coincided with a broadcasting and communication revolution, with the powers of radio and television growing across the nation as more events started to be broadcast to the nation. The nation was now able to listen to their monarch address the country through radio – this was somewhat an issue for the King as he suffered with a nervous stammer. Live broadcasting during this period proved a challenge for the new king.

He did however work hard on trying to overcome his stammer with the help of vocal therapist Lionel Logue, the story of which was transposed into the popular film ‘the Kings Speech’ which soon became a beloved film by the nation, and a big winner at the 83rd Academy Awards.

This year marks the 80th Anniversary of King George Vi’s Coronation, the monarch who gave stability to the UK during WWII, and faced many challenges such as the abdication of his brother, his speech impediment and constant belittling from German media. Despite this, he still powered through and helped to lead the U.K to victory in WWII.