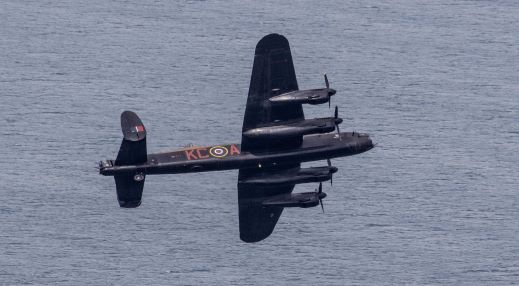 The Avro Lancaster is one of the most Iconic planes of WWII. Designed by Roy Chadwick, it was powered by 4 Rolls- Royce Merlin engines which gave it the ability to carry over 5 tonnes of bombs.

The Avro Lancaster was modified in during WWII to carry a new type of ‘bouncing’ bomb designed by Barnes Wallis.  It was commissioned for a daring night-time mission called  ‘Operation Chastise’ (otherwise known as ‘The Dambuster Raid’).    The secret mission was to destroy dams in the heart of Nazi Germany and despite sustaining heavy loss of life two dams were successfully breached, causing catastrophic flooding and widespread destruction.  Germany was forced to divert resources and troops from the front line to go and repair the damage.

See a Piece of British History.

2018 marks the 75th anniversary of The Dambuster Raids, and the U.K is honoured to play host to a variety of appearances from this iconic piece of British history.

Here is a small selection of places you can see the Avro Lancaster during 2018:

With many more celebrations happening across the U.K to celebrate 100 years of The British Royal Air Force it is set to be an epic year of Air Displays.  To find out more about your nearest display head to: The Royal Air Force Displays