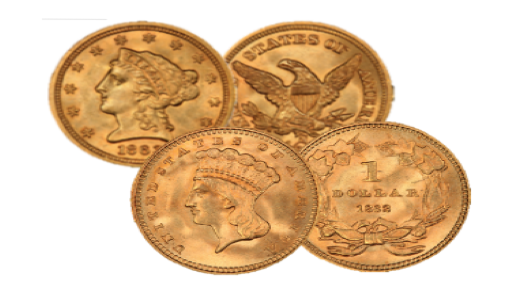 During the latter years of the eighteenth century, the thirteen original colonies of North America united, severing their political connections to Great Britain and famously declared their independence on 4th July 1776. After the American Revolutionary War (1775-1783), Britain acknowledged the independence of its former territories and, shortly after, the thirteen original colonies joined together, forming the United States of America.

Less than a century later, this ‘united’ nation became embroiled in a bitter civil war, a civil war the pitted state against state, countryman against countryman and brother against brother.

In the days of the American Revolution and of the adoption of the Constitution, ties holding Americans together were stronger than any issues threatening to pull the country apart. Potential differences were overshadowed by the states’ common interest in establishing a new nation. Most Americans shared a common language and religion, as well as a common history and vision of a prosperous future. During the nineteenth century, however, this picture began to change, with noticeable differences appearing between the states. It was one of these differences in particular – the issue of slavery – that came to play a central role in the origins of the Civil War. By the mid-nineteenth century, the Northern states had developed a strong industrial and manufacturing sector, while the South relied on the production of cotton and on the plantation system. Slavery was illegal in the North, but Southerners depended heavily upon this institution to support their economy. It was around this time that Harriet Beecher Stowe’s antislavery novel Uncle Tom’s Cabin was published (1851). This book further alienated the two sides and increased partisan opinion over the rights and wrongs of slavery. As the Charleston Mercury summed up the situation in 1858, ‘the North and South … are not only two Peoples, but they are rival, hostile Peoples’. For the South, slavery was considered economically crucial to an agricultural way of life, while for Northern abolitionists, the institution of slavery stood in fundamental conﬂict with the founding democratic principles of the American nation.

Things came to a head in 1860 when the antislavery Republican candidate Abraham Lincoln was elected president, without winning a single state, and very few votes, in the South. Fearing that a Lincoln administration would do away with the institution of slavery, the Southern states considered Lincoln’s victory a serious threat. In fact, even before Lincoln took ofﬁce, seven Southern states withdrew from the Union, establishing a rebel government, known as the Confederate States of America. These seven states were soon joined by four others, forming an eleven-state Confederacy.

Like all wars, the American Civil War demanded a great deal of money on both sides to pay troops and supply them with equipment. Here, once again, the North had a number of distinct advantages over the South. For one thing, the two major US mints, Philadelphia and San Francisco, remained under Union control. Moreover, when California joined the war on the side of the Union, the North gained access to one of the world’s major sources of gold, ensuring that a steady supply of gold coins continued to be minted  – including the two smallest gold denominations, the $1 and $2.5. Money certainly helped secure a Union victory in the Civil War, but the war also left its mark on American money when, after the trauma of the conflict, the motto ‘In God We trust’ was added to many US coins.

In 1854 James B. Longacre’s ‘Indian Princess’ portrait, showing Liberty wearing a feathered headdress, was first introduced on the US $1. Within two years the type had been replaced with a ‘Large Head’ type featuring a larger and flatter portrait of the Indian Princess portrait. On the reverse was an agricultural wreath showing the products of both Northern and Southern States (cotton, corn, tobacco and wheat). It was a potent symbol of the union so terribly torn apart during the Civil War (1861–5). Gold coins were frequently hoarded during the Civil war, causing even the wealthy North to introduce tokens for everyday transactions and, after the war, the number of gold dollars in circulation continued to drop. Mintages grew smaller and smaller, except for 1873–4 when old coins were melted down to make a huge tranche of new dollars. By the 1880s, the gold dollar was felt to be an inconvenient coin with, according to the Director of the US Mint, ‘little practical use’. The last gold $1 was minted in 1889 and the history of circulating $1 gold coins came to an end.

The smallest of the ‘eagle’ coins was the quarter eagle of $2.5. First issued in 1796 the denomination went through several design changes before adopting Christian Gobrecht’s popular ‘coronet’ head portrait of Liberty in 1840. For nearly seventy years, the coin showed Liberty wearing a small crown, encircled by thirteen stars representing the original colonies that declared their independence in 1776. The reverse features an American eagle, wings outstretched, clutching three arrows (symbolizing strength) and an olive branch (symbolizing peace), with the US shield composed of thirteen vertical stripes on its breast. In 1848, one issue of quarter eagles from the Philadelphia mint celebrated the first shipment of gold from the Californian gold rush with the addition of the letters ‘CAL’ to their reverse. Unlike the other coins to feature Gobrecht’s design – the eagle, and half eagle – the motto ‘In God We Trust’ was not added to the quarter eagle after the end of the Civil War, in 1866.

The American Civil War even made a lasting impression on the regular US coinage, for it was during this era that the motto ‘In God we Trust’– which remains one of the most distinctive features on American coins – was ﬁrst introduced.

Overall, this Civil War collection provides an excellent introduction to the numismatic climate of 1860s America. The coins in the collection would have circulated throughout the Civil War period. The gold coin would have been far more prevalent in the North, where Californian gold ensured a steady supply of such coins, even during the wartime crisis.