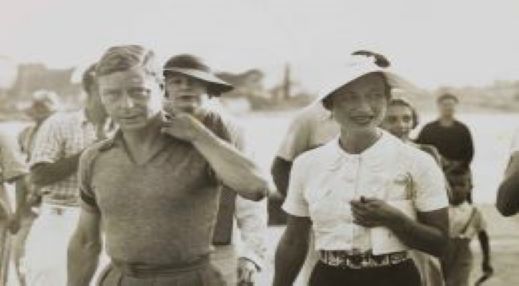 The abdication of King Edward VIII in December 1936 is one of the most extraordinary stories in British regal history. Edward abdicated the throne to marry American divorcee Wallis Simpson – and was replaced as King by his brother, King George VI, previously Prince Albert, Duke of York.

The abdication crisis had a curious affect on British coinage, specifically breaking a centuries old tradition in regards to the direction in which a monarch’s portrait faces on their coins.

Since the reign of Charles II, the direction a monarch faces on a coin changes, with each successive ruler, from left to right. For instance, when Charles becomes King upon the Queen’s death, he will be facing left on coins.

The only time in history that this didn’t happen was during the (albeit short) reign of Edward VIII.

Edward initially broke with this tradition; instead of facing to the right, he was faced towards the left. Why? Because he preferred his left profile and he was, after all, the King.

However, Edward VIII abdicated before his coronation. He would have been crowned in March 1937, so coins were prepared for issue at that time. Over 200 dies for coins and medals had to be scrapped when Edward abdicated the throne.

Therefore, this was the first time since the time of Charles II that two successive monarchs (albeit, one who never had a coronation) had their portraits pointed the same way on the coins.

This, of course, was rectified and tradition restored when Her Majesty Queen Elizabeth II ascended to the throne, with her portrait facing to the right.