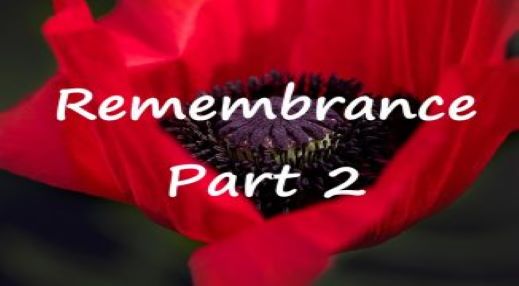 Frank was my Mum’s brother, an Artificer in the Royal Navy. He once recounted a story that filled me with admiration, he landed in France at night in a dinghy, to give tuition in radio use to some resistance workers and was picked up 6 weeks later. He was one of the few English men to receive the “Croix de Guerre” which was reported in the local newspaper. He tried to become a priest on demob, but eventually was offered a well-paid job mending television, which he took for the sake of his family.

My grandad served in world war 2. He was a gunner with RA, his plane came down in Germany and he became a prisoner of war in one of the horrific camps.

Thankfully he survived, his war wounds where loss of hearing from the explosion and the nightmare of what he saw. He never mentioned to anyone the horrors he saw in the POW, I just know that even after the war he had a lot of heart ache and personal battles to fight but my grandad DOUGLAS HAIG WOOD never ever complained. My grandad even though I lost him 11 years ago is still my hero.

My father Ernest Worthington was a soldier in the Second World War with the Lancashire regiment. He was sent to Japan fighting the Japanese. Unfortunately, he was captured and sent to Changi prisoner of war camp where he and his fellow soldiers suffered dire conditions. On his return to the UK he received a letter from King George thanking him for everything he and his fellow comrades endured. I have given this letter to The Royal British Legion shop in our hometown of Chorley, where his letter along with other memorabilia have been framed and put on show for the public to see and appreciate.