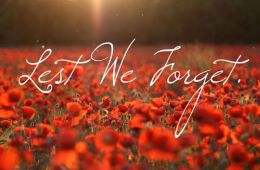 I never knew Frank as he died when I was a toddler, but I knew my uncle Leslie when I was 12 years old, he made a huge impression on me, about what it was to be ‘British’. He was a wonderful person and a total Soldier to the very end of his life at 90. He would tell me about trench warfare every time I went to see him in Newbury Berks.

So ill cut to the chase, he told me that he and Frank were on Hill 60 in Belgium, (I think it was Belgium from what I can remember) it was a hard fight and they ended up getting stuck on the hill with the  Germans not far off, they managed to escape and were moved to the front near Ypres, Leslie always said the troops would call it ‘Ye pray ‘.

He shared so many stories with me.

He and Frank were shelled day and night with the rest of the regiment, and one day they got a very close hit. Frank was buried in the mud for three days before he was rescued but lost some of the hearing in his left Ear.

Leslie would tell me about his hand to hand combat, and even at 90 he would give me a hammer blow when I fooled around with him. I loved him; he was only a small man.

Once, when he was going over the top, the enemy saw him, looked straight at him and unscrewed a stick grenade and threw it. It blew him sideways in to a large muddy shell hole getting shrapnel in his right hand, when he came around to feel his side (as it was wet) his water bottle had taken the blast and exploded.  He then had to crawl back to the front line, using a small compass to guide him, which I still have to this day.

In another, rather sad brutal story, they were joined by a friend, their friend was a young Artist called Lindsey from London who was very well mannered and would always have a hanker chief in his top pocket. One day they were ordered to go over the top again, the Sargant major was screaming at them to get up and get a move on into the direct line of heavy enemy gun fire. The fire was so heavy that while shouting the Sargant suddenly got the top set of his teeth shot straight out of his head. Lindsey would not do bayonet combat even though it was a strict order to do bayonet combat first when advancing. After that foray Lindsey told Leslie and Frank that  a Six foot Prussian Guard had come towards him with bayonet, fixed ready for a Nobel bayonet fight, Lindsey just shot the poor bugger and he said that the he looked so surprized at him for doing so. Lindsay was not so lucky to stay alive himself as he was later shot through the head on another advance at the front line.

Leslie was later offered to be a Lewis machine gunner, using the new Lewis Gun, he gladly took up the offer as he stated it got him out of a lot of trouble. I believed ‘him as I would have jumped at the offer for such a heavy protective machine in such a terrible place as Somme.

Leslie thought horses were wonderful and told me that after a hell of a night after being under heavy artillery bombardment, there was a horse and cart coming through the mud track that was still intact, the driver was dead at the helm but the horse carried on through the night to deliver supplies and just stopped and stood still when it pulled up next to the remaining men in his trench at first light, a very sad scene in my mind.

My uncle spoke with a very old London Clipped accent a bit like the Sergeant major out of the film Zulu, I haven’t heard anyone speak like that for years as they’ve all gone now

I’ll stop now I’m sure there are many others like me with their grandparent’s accounts of WW1, bless them all, we will never forget you.