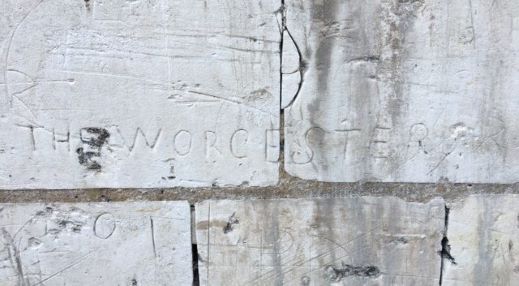 My paternal grandfather, Alfred Henry Chilton, served in WWI in the Royal Worcester Regiment, mainly in northern France in and around Arras and Cambrai. He was enlisted 07.11.1914 serving until 14.08.1917, being discharged on medical grounds; he lost the middle finger and half of the index finger on his left hand, following an injury. A very private man, he rarely spoke of his war time endeavours and, when he did, there was obvious distress and upset in his voice.

A few years ago, I spent some time in and around Arras, staying in a hotel in the centre which, unbeknownst to me, had acted as a Safe House for his regiment, confirmation of this roughly carved in to the wall surrounding the property; this is shown in the Alf Worcester’s attachment. It was a strange feeling to think that, perhaps, my grand pa may have been in that building possibly 100 years before.

Not much detail I’m afraid, but all that I have to confirm his heroism