My Great-Grandfather the boxing hero 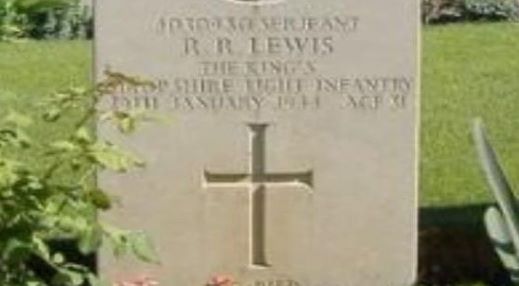 As with most Grandparents, my Grandfather has always had HIS chair in the living room, a place for him to put his feet up on the fireplace, lean back, light his pipe and relax. As a small child, as soon as he would vacate his seat I would jump on there and tease that the seat was now mine. But the main reason I would jump up on his big comfy armchair would be to look at the picture on the wall above, of a handsome stoic man with dark hair wearing his military uniform.  My Great Grandfather, Richard Reginald Lewis (I have always loved that name and thought it very regal).

Richard served in the British Army under the King’s Shropshire Light Infantry regiment, first battalion.  Alongside fighting for his country and becoming part of the police faction, he went on to take part in the Army Boxing association. He found his calling there and was extremely successful becoming an acclaimed lightweight champion, winning many belts and medals. His belts and medals are now displayed at the Soldiers of Shropshire Museum for all to see.

As a child, when I was told he was a boxer I would imagine this huge man fighting in the ring, very similar to the wrestling programs I would watch with my Grandfather at the time (this is obviously far from the truth), and I would tell all my friends about him being a boxer, as to me this was extremely ‘cool’.  As an adult I am extremely proud of my Great Grandfather not only for his boxing achievements but more importantly for his courage, strength and heroic deeds, to make my future a better place.

Anzio, Italy January 1944, Richard perished defending the innocent and fighting for his country, he never returned home to his wife and three children (All under the age of 8). Sadly, my Grandfather has no memories of his heroic Father as he was only 18 months old at the time, but his story has always been passed on and he will never be forgotten.