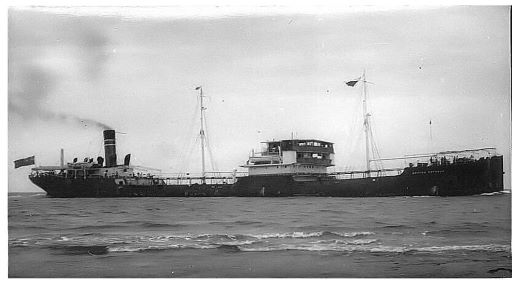 During World War I, Britain had a high dependence on civilian ships when it came to the importing of necessities such as food and raw materials, as well as transporting soldiers overseas. King George V granted the title ‘the Merchant Navy’ after World War I to recognise the major contributions made by merchant sailors in the conflict.

During World War II, around a third of Merchant ships were British with over 200,000 sailors. The Merchant Navy played a vital role in what was the bloodiest and most costly conflict in human history, and were heavily targeted by German Submarines with 4,700 ships sunk and around 15,000 dead.

But the Merchant Navy powered on. Their efforts in Operation Neptune, famously known as D-Day, began a long time before the invasion, with the Merchant Navy transporting large numbers of Allied forces and artillery in the hours before. D-Day was the largest seaborne invasion in history and is considered to be one of the key turning points of the war. It is believed that without the efforts of the Merchant Navy that day, the outcome of World War II could have been staggeringly different.

To commemorate those who fought for king and country, we are proud to partner with the Merchant Navy Association in the 75th anniversary of the landings to release an official D-Day Commemorative Coin, featuring original wartime photography of the D-Day landings.