Remembering the Battle of Britain 79 years on 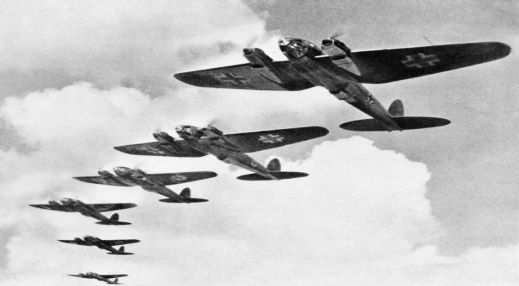 The Battle of Britain signalled a massive turning point for the British effort in World War II.

Today, 79 years ago, on the 10 July 1940, the Battle of Britain began. It was the start of a three month campaign by Hitler to establish air superiority over Britain, which they hoped would lead to a full-scale invasion. This would not come to pass. The German Luftwaffe were pushed back, again and again, by the valiant efforts of the RAF in the first all-air battle in history.

On 17 June 1940, after the Nazi occupation of Western Europe, France signed an armistice effectively pulling out of World War II. This meant Britain was somewhat alone in its efforts to hold back the Nazi scourge.

In a speech to the House of Commons on 18 June 1940, the day after France’s surrender, British Prime Minister Winston Churchill said: “The Battle of France is now over, I expect the Battle of Britain is about to begin.”

He was not wrong. With France conquered, Hitler focused his efforts on his long-gestating plan to invade Britain. The Nazis now controlled the French ports, separated from the shores of Britain only by the English Channel.

In an effort to establish air superiority, the German Luftwaffe began a series of air raids across the three month campaign, first from bombing raids on military bases, then to civilian targets. The first bombing of London occurred on 7 September 1940. The Battle of Britain itself overlapped with a series of large-scale bombings by the Luftwaffe in major British cities, most notably London as well as Portsmouth, Cardiff and Belfast, which was known as ‘The Blitz,’ and would itself outlast the Battle, ending in 1941.

British forces recognised the end of the Battle of Britain on 31 October 1940, although German efforts to attack had been scaled back since an unsuccessful bombing raid on London on 15 September.

The victory of the Battle of Britain lays firmly in the hands of the British thanks to the efforts of the RAF to defend our skies. The triumph over the Luftwaffe would signal the first major defeat of the German military forces in the war, and significantly buoyed public opinion in the war effort. It is argued that the British victory in the Battle of Britain, and eventually in World War II itself, solidified the patriotic identity that still endures today.

This victory would ensure Britain’s survival in the war effort, eventually paving the way for the defeat of Nazi Germany and the end of World War II. Today, 79 years on from the start of the Battle of Britain, we stand in honour and remembrance of the bravery of the men who so valiantly defended us. Their efforts will never be forgotten.