D-Day 75: Remembering the battle that changed the course of World War II 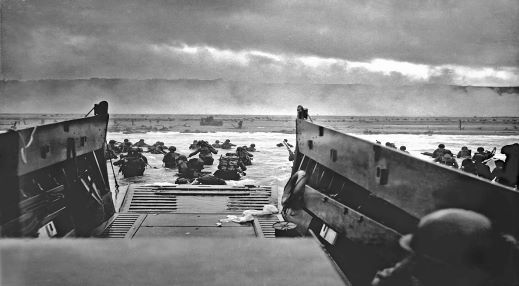 The Normandy landings – famously known as D-Day – are widely regarded as the beginning of the end of World War II; not just for the Nazi forces but their leader, Adolf Hitler himself.

The invasion fleet was composed of eight different navies, 6,939 vessels, 4,126 landing crafts and 864 merchant vessels, the majority of which were supplied by the United Kingdom. Attacks were coordinated by land, sea and air. The largest stretch of the Normandy coast, around 50 miles, was divided into five sectors or ‘beach heads’: Utah, Omaha, Gold, Juno and Sword.

The weather on the first day of the invasion proved to be less than ideal, as soldiers were met with strong winds that blew the landing crafts east of their intended positions. Soldiers landed on the beaches under heavy fire and the shores themselves were mined and covered with barbed wire and wooden stakes.

Historian Correll Barnett describes D-Day as a “never surpassed masterpiece of planning,” and it was the Allies’ victory at Normandy that signalled the ultimate turning point of the war, and the eventual victory over Germany

Following their landing at Normandy on 6 June 1944, the Allies continued on and captured the French port of Cherbourg, after which German forces began to retreat. Less than two months later, on 25 August, Paris was finally liberated from Nazi control, and the French people were free once more.

The liberation of Paris would start a domino-like effect on the German efforts in World War II. Less than a year later in May 1945, American troops would cross the Rhine and on 30 April, Adolf Hitler would commit suicide, effectively ending the then-crumbling Third Reich. World War II would officially end on 7 May 1945, after 6 years of combat.