A Day in the Life of a WW1 Soldier 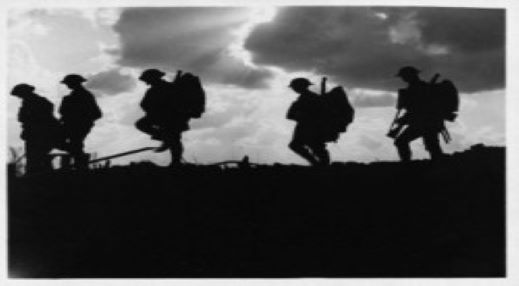 2017 marks 100 years since the Third Battle of Ypres, also known as the Battle of Passchendaele. The previous two battles were initiated by the Germans against the allied control around Ypres, which restricted German access to the English Channel. The Third Battle however, was conducted by the British with the aim to destroy any German submarine bases that may be on the Belgium coast and to take control of the key ridges south and east of Ypres. This was as part of a strategy decided upon by the Allies at conferences in November 1916 and May 1917.

On July 31st 1917 British and French troops advanced onto German lines near the village of Passchendaele, heavy casualties were suffered by both the Germans and the British. However, the Germans were pushed back by over a mile and many German prisoners were captured and held as Prisoners of War by the Allies. This resulted in the Allied Forces taking control of Pilckem Ridge east of Ypres.

Several offensives took place between July and November 1917 with the significant and strategic input from the Canadian troops who aided the British during the Battle. The British declared victory on November 10th 1917 despite suffering a greater mortality rate than the German forces. To this day, the Third Battle of Ypres is considered as one of the most controversial and costly offensives of the First World War as it is questioned whether the gains achieved during the battle had a major effect on the Western Front.

What was life really like for soldiers in World War 1?

Many believed that the First World War would be over by Christmas 1914 with a quick and decisive win over the Germans. The soldiers made the first trenches quickly, so it came as no surprise when they flooded and collapsed due to the lack of construction. As the war raged on, the trenches changed from being shallow holes dug by the soldiers to a deeper and more elaborately made defence mechanism. Trenches were extremely difficult to construct, especially in wartime conditions having many materials to contend with such as boardwalks, barbed wire, and sand bags along with all the mud they had previously dug out. It was quickly realised how unhygienic and uninhabitable the trenches were, with limited access to running water, no access to facilities and lying amongst rodents – soldiers endured all of this while sheltering from the indiscriminate and relentless gunfire that surrounded them.

A soldier’s tasks and activities:

This was a process observed by both the allied forces and axis powers on the Western Front. Before the break of dawn, soldiers would climb on to the fire step in order to guard against raids by the enemy. ‘The Morning hate ritual’ became a key moment of the early morning stand-to-arms process, when the soldier would fire one shot in to the morning mist to ensure their safety at dawn.

There were several key tasks undertaken by soldiers on a day-to-day basis, these included:

There were often long periods where soldiers were not directly involved in battles. During this time, soldiers would take the opportunity to write home to their loved ones. Every week an average of 12.5 million letters were sent back and forth the home front and the Western Front. The horrors of trench warfare were often concealed within letters and many soldiers turned to poetry to ensure their message reached home, as they were forbidden from including any degree of accuracy or truth about the lives they led. World War I, more than any other war had a strong association with poetry; the ‘war poets’ put on to paper what many others thought, truly describing the sheer scale, horror and futility of the First World War.

According to Adam Hochschild, author of the book “To End All Wars” over 9 million soldiers and around 12 million civilians lost their lives during the First World War. Britain suffered an extreme loss of life: mothers lost their sons, wives lost their husbands and children wondered whether their fathers would ever return – a whole generation laid to waste. On July 31st, Britain will remember those who never returned to their families, who gave their life to their country and for the future of our nation, marking 100 years since the Third Battle of Ypres.  A two-day event will be taking place in Passchendaele where live projection mapping will tell the story and the experiences of the war on the Ypres Salient and the second day will see a private ticket-only ceremony at the Commonwealth War Graves Commission’s Tyne Cot Cemetery.

Image copyright and courtesy of The Imperial War Museum – The East Yorkshire Regiment during the Third Battle of Ypres, 1917.