Five of Dame Vera Lynn’s most popular songs, in honour of her birthday 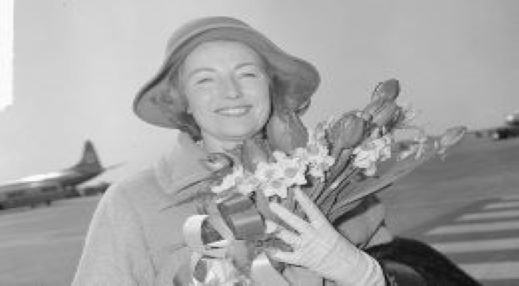 One of the most iconic voices in British music turns 102 today. To celebrate the birthday  Dame Vera Lynn, the Force’s Sweetheart, we’ve collated five of her best songs.

They serve as both a fascinating look back into the War years, and a testament to Dame Vera Lynn’s enduring legacy; which will be further cemented when her portrait is donated to the Royal Albert Hall.

Undoubtedly Dame Vera’s most iconic song, this is an essential listen in her discography, and in popular British music in general. ‘We’ll Meet Again’ is a poignant, even harrowing, ballad which held an evocative power during the Second World War. Released in 1939 – right at the start of the conflict – this popular standard spoke to the trouble and uncertainty of the times, and also created an image that resonates with people even today.

The video above, showing Dame Vera performing the song to the troops, who sing along, is a testament to the power of this song, and the woman who become the very embodiment of its message, a tangible link back home to those fighting abroad.

2. (There’ll Be Bluebirds Over) The White Cliffs of Dover’

Another classic, ‘White Cliffs of Dover’ spoke to the War generation in a different way than ‘We’ll Meet Again,’ it was about returning home. Once again, the lyrics of the songs are tinged with sadness – bluebirds, in fact, will never been seen over the White Cliffs, since they aren’t native to Britain – but you can’t help but feel hopeful for the future at the same time.

In fact, more most of the returning soldiers from the War, the White Cliffs of Dover were, in fact,one of the first things they saw upon their return home. In honour of the legacy this song has created, Dame Vera Lynn’s face lit up the White Cliffs themselves to honour both the 70th anniversary of the song, and Dame Vera’s own centenary celebrations,

The songs of Dame Vera Lynn often deal with the loss and longing that comes with a love torn apart by War. But the start of this standard is a little different; you hear male voices, representing the soldiers traveling to War and promising to come back.

‘Don’t let the teardrops start,’ Dame Vera implores, and you can hear the strength in her voice; both for the British soldiers overseas and those they loved that were left at home.

4. ‘Dancing with Tears in My Eyes’

A change in pace from the wartime fare, this song details Dame Vera’s woes after being parted from her lover and ‘dancing with a boy whose not you.’ This country-tinged track was released in 1977, proving Dame Vera’s incredible staying power as a popular voice in music for the British people.

It’s interesting to note Dame Vera’s popularity not just as ‘The Force’s Sweetheart,’ but a popular singer in general. The themes of ‘Dancing with Tears in My Eyes’ are transcendent, you can even see them reflected in the lyrics of songs today,

This stirring cover of the 1937 standard by Ivor Novello perfectly encapsulates Dame Vera Lynn’s appeal to the British people, undimmed by the years.

Such is her influence, Dame Vera became the oldest living artist to enter the UK Official Albums Chart. She achieved this feat with her album ‘100,’ which charted at number 3 during her centenary year.

Dame Vera Lynn has a fascinating musical history, and these 5 songs only scratch the service. In honour of her 102nd birthday today, why not explore her back catalogue more?