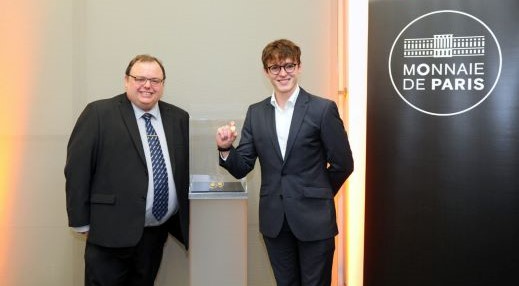 A History of Mining.

The world holds a long history of gold mining, although the exact date of the start of mining is unknown, some of the world’s oldest known gold artefacts were found in the Varna Necropolis, built around 4200BC meaning that gold mining could go back nearly 7000 years. One thing is for sure that in the last few centuries, conditions have not been great for both miners and their families, with child labour and dangerous working conditions being commonplace. One company recognises this and sets out to turn gold mining around by giving back to its miners and their families.

Fairmined Gold- Gold to be proud of.

Fairmined ensures that gold is sourced responsibly, transforming mining into an active force for the good of its miners. It ensures social development of its miners and communities, protects its local environment and sources gold to be proud of knowing that it truly has made a difference. To learn more about this wonderful organisation watch the below video:

Samlerhuset, owners of The London Mint Office and owners of The Mint of Norway, introduced Fairmined to the coin industry promoting the good work of Fairmined with well-known examples such as The Nobel Peace Prize, struck by The Mint of Norway in Fairmined Gold as well as the Palme D’or Cannes Film Festival. Monnaie De Paris, one of the oldest mints in the world, has now become the first mint to strike a coin using Fairmined Gold.

The coin called ‘Paix’, meaning peace in French, commemorates 100 years since the end of the First World War.

Obverse: The sun rises for the Armistice Day. The bugler sounds the ceasefire and the soldiers drop their rifles. Doves fly in the foreground.

Reverse: A signaller lets a dove take to flight as a peace allegory.

On Monday 14th of May, the first coin was struck by Alfredo Gonzales, a Fairmined miner from Columbia during a special release event at Monnaie De Paris. The event saw many attendees from across the world including Monnaie de Paris Mint Master Aurélien Rousseau, CEO of Samlerhuset Ole Bjørn Fausa as well as many of the world coin press.

During the event at Monnaie de Paris, Ole Bjørn Fausa CEO of the Samlerhuset Group took to the stage to talk about the importance of the new partnership and how it is helping to change lives:

Justin Robinson, Research and Development Manager at The London Mint Office  tells us: “It was wonderful to see and hold the first coin struck in Fairmined gold.  This is a hugely significant and exciting moment for the coin industry, and every credit must go to the positive relationship between Fairmined, Monnaie de Paris and the Samlerhuset Group who have worked together to make this happen.  People who choose to buy Fairmined gold will be helping to improve the quality of life for miners and their families.  This is something worth celebrating.”.

This is a very exciting step for the coin industry across the world, using ethically sourced gold to mint coins and commemoratives meaning that miners, families and their communities can prosper. Will we see more mints follow suit? – We sure hope so.