‘QUID’S IN’ WITH THE LONDON MINT OFFICE 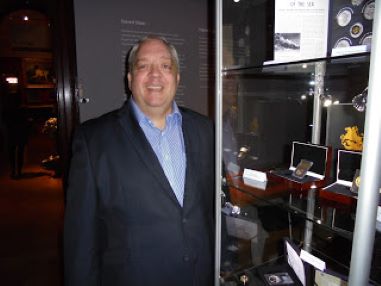 “The London Mint Office was delighted to be invited to showcase our coins at such a prestigious event. We pride ourselves on our passion for coins, the history they represent and the stories they communicate. It was wonderful to meet with members of the public and talk with them about the fascinating world of coins. The range and variety of exhibitions was fantastic and the London Mint Office were proud to be a part of it”– Greg Prosser (Managing Director for the London Mint Office)

The London Mint Office was show casing a variety of their most popular Collections:

Since 1953, the Queen’s image has adorned British coinage in a beautiful series of portraits that mark her journey to becoming Britain’s longest and oldest reigning monarch. Issued as a celebration of nine decades gloriously accomplished this stunning set of six coins features each of these portraits….. (Find Out More)

The Battle of Britain Collection:

A project that commemorated the 75th anniversary of the Battle of Britain in partnership with the Royal Air Force association. Men and Machines commemoratives – A set of five proof commemoratives honouring the five outstanding men that played the most significant roles in the winning of the Battle of Britain. All five figures have been chosen for their crucial contribution to victory in the air during that extraordinary summer of 1940… (Find Out More)

The Battle of Atlantic Collection:

One of the latest coins to be released by the London Mint Office designed by a member of the original artist Benedetto Pistrucci’s own family 200 years later. In 1817 the Italian sculptor Benedetto Pistrucci created his masterpiece ‘Saint George and the Dragon’ design for the UK Sovereign.  An instant classic, the design has appeared on gold coins issued almost every year since then.   Today, to honour the 200th Anniversary of her great-great-great great uncle Benedetto’s iconic design, Angela Pistrucci has crafted a modern interpretation exclusively for the Government of Gibraltar and the London Mint Office.   An accomplished artist and sculptor in her own right, Angela has spent two years perfecting the design, and we believe it is one of the most stunning coins we have ever produced… (Find Out More)

Legendary Master Sculptor Raphael Maklouf famous for his effigy of Queen Elizabeth II used across many coins in the commonwealth was also present at the V&A:

“I am happy to note that the V&A evening was a resounding success as we all know the V&A has masterpieces amongst its varied collections the work displayed by The London Mint Office stood up well in both craftsmanship & beauty. It was also very interesting to see many young visitors who came to look at the V&A permanent collection & not necessarily to see coins but having come across the coins were obviously interested enough to ask questions from the London Mint Office team”- Raphael Maklouf 2017.”