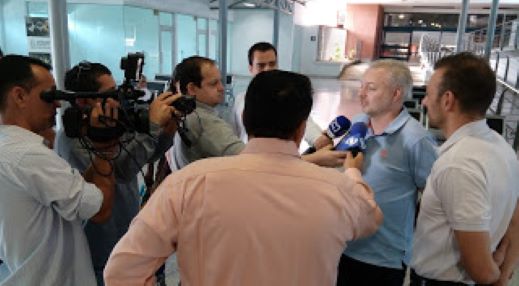 The Fair Trade organisation has become a movement of global proportions. Since its conception in the 1940s, they have worked alongside as many as 3000 grassroots organisations in over 70 countries, with the aim of promoting better trading conditions and to encourage ethical business practices.

The Fair Trade ethos originated in 1946 in the United States, when Ten Thousand Villages (formerly Self Help Crafts) began buying needlework from Puerto Rico; in the same decade, SERRV began trading with poor communities in the Southern hemisphere. It was this that led to the opening of the first formal “FairTrade” shop in 1958 in the United States. Globally, we celebrate World Fair Trade Day every year on the second Sunday of May to raise awareness of the organisation and to reinforce its aims.

Fairmined is an assurance label associated with the Fair Trade movement which certifies that gold is being ethically sourced from small artisanal mining organisations and that the consumer is buying, and in turn, supporting responsibly-managed community mines. The scheme guarantees miners a fair price for their work and materials, and encourages them to make investments in operations and social development by paying them an additional premium for operating within the ‘Fairmined Standard’. It also allows consumers peace of mind when buying as they are assured that their purchase has contributed to providing good trading practices.

Did you know that in 2015, the Nobel Peace Prize awarded their first medal made of certified Fairmined gold?

It was struck at the Norwegian Mint having been sourced from a small Fairmined-certified mine in Colombia, and together with their owners Samlerhuset and co-operation from the not-for-profit Alliance for Responsible Mining (ARM), they aimed to highlight the working conditions and environmental impact of gold mines, promoting the need for reform.

The Alliance for Responsible Mining work to transform smaller-scale mines into a force for good, providing them with the means to achieve a Fairmined certification and ensuring social development opportunities and environmental protection for its miners.

Currently, 85-90% of gold mined worldwide comes from larger mines that are regulated by international standards. However, the remaining 10-15% comes from smaller mines, which employs 90% of the world’s miners – approximately 10 million people!

These mines pose massive challenges in respect of working conditions and the environmental impacts they cause, as small-scale extractions are usually performed by hand under intense conditions; the miners must dig the gold, cut it into pieces and then clean it with a process that includes the use of mercury, a chemical highly dangerous not just to the miner but also toxic to the environment.

Gold mining is a highly-important source of income for many poorer communities in South America, South-East Asia and Africa, and smaller mines often have no authorisation from their government which jeopardising their miners’ livelihoods and provides them with little to no job security.

The jewellery industry in particular has come a long way in promoting responsible gold trading, however the coin industry unfortunately still has some catching up to do. In 2014, the coin industry consumed 256 tonnes of gold in coins and medals, working out as roughly 6% of the total worldwide demand for gold. It is figures like these that really show just how important it is for the industry to take a serious interest in the Fairmined organisation.

Ole Bjørn Fausa, the CEO of Samlerhuset and owner of the Norwegian Mint, speaks passionately of the ARM’s efforts, enforcing that as a company, “we want a harder look to be taken at what gold is used by the coin and medal industry and more and more players to make use of certified gold from small mines. In this way, the working conditions can gradually be improved for those working in them and the environment can be saved”.

The Mint and Samlerhuset, over the years have responsibly sourced their gold from established suppliers, choosing to either use recycled gold (the most environmentally-friendly method), or to source their material from the larger, mechanised mines that minimise, if not eradicate, the risk to human life by providing exploitation agreements with their local authorities.

It is clear that the evolution of Fairmined is having a positive impact on everyone involved giving workers human rights that they are entitled to as well as a safe working environment helping development in mining countries.

We hope you have found this blog informative, the London Mint Office will be bringing you more from Fairmined later this year…