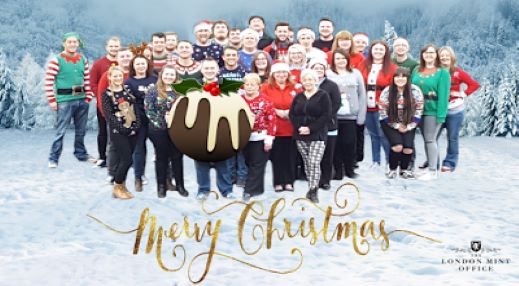 One of the key things everyone loves to hang on the mantle is a Christmas Stocking- But do you know the reason why people do this? And how it relates to coins?

It actually dates back to a saint in the 4th century a rich and wealthy man known as Saint Nicholas the base figure from which the legend of Santa Claus was born. He was the Bishop of Myra in Lycia, which is know today as Turkey.

According to history he was a kind and generous man who secretly gave to the poor. Saint Nicholas heard of a husband who had sadly been widowed and left with 3 daughters and no money. The gentleman was made to live in a peasant’s cottage with other poor people. The daughters were at the right age to marry however tradition states that a bride would need a Dowry in which to give the grooms parents she wished to marry. Sadly as the father had no money the girls would be unable to get married.

Too proud to accept any charity from anyone Saint Nicholas knew he would have to be clever in donating to the widowed man. Saint Nicholas noticed that each night the daughters would hang their stockings to dry on the ledge of the chimney. So Saint Nicholas decided to climb down the chimney and hide a bag of silver coins inside the eldest daughters stocking. And for the following two nights he did the same for the other two daughters. Meaning they were now able to get married.

News of Saint Nicholas’s generosity got out and everybody in the town started hanging their stockings on the chimney ledge in hope that Saint Nicholas would visit. Although this historic tale has nothing to do with Christmas it has helped shape the Christmas we know and love today.

Almost all of us at some point in our lives have found a bag of shiny chocolate coins in our stocking.. but why coins? As a Christmas tradition, the giving of chocolate coins was thought to be started by the deeds of Saint Nicholas as discussed above.

Now much later in time, and after the custom had spread to many different countries across the globe, people would include their own different versions of hiding coins around the house for the children to find, Much like a treasure trail.  At an unspecified date these coins were later made into chocolate coins and put into the stockings of children on Christmas morning. This could have been the result of chocolate coins being inexpensive whilst bringing the same joy to children during the holiday.

As an established tradition in Great Britain, the discovery of a coin in your slice of Christmas pudding is considered good fortune and provides health, wealth and happiness in the coming year to the discoverer.

The celebrated Christmas pudding was traditionally prepared on the last Sunday before the period of advent, known informally now as “Stir-up Sunday”. Once all ingredients had been added to the mixing bowl, each family member was to take turns stirring the pudding and at the same time make a wish whilst adding various food items if they so desired.

Following this, a Sixpence (which had a value of 2½ pence after the national decimalisation) was added to the mix. It was widely believed that whoever received this special serving would receive wealth over the upcoming year. Some families used the exact same coin year after year, with some coins rumored to of been used for over 50 years and passed down through to succeeding generations.

Similarly across the world in Macedonia a long lived tradition is for a loaf of bread to be baked with a coin in the centre and who ever receives the loaf of bread will have good luck for the whole year.

In recent year Boxing Day is generally a day to recover from the festivities of Christmas or a day to make the most of the sales in the shops. But where did the tradition of Boxing day start?

It is believed that Boxing day started in England in the Middle Ages. Many of the servants working for the rich and wealthy were required to work Christmas day to ensure that the Lords & Lady’s had a luxurious Christmas. As thanks to their servants a day off was granted on the 26th of December so that workers could spend time with their families. History states that workers would be given boxes from their masters containing a variety of things such as leftover food or in some lucky cases a silver coin. This is where the name Boxing Day comes from.