The Early Years - Remembering Her Majesty 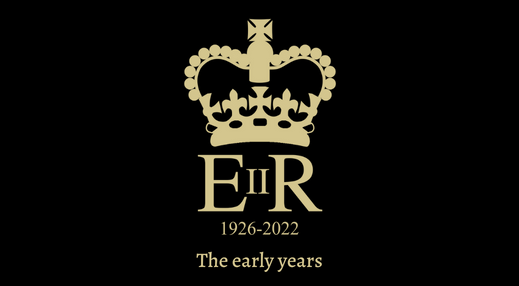 Birth of a Princess

Princess Elizabeth Alexandra Mary entered the world in the early hours of Wednesday, April 21st 1926. The first child of the Duke and Duchess of York and the first granddaughter of King George V was named after her mother, Lady Elizabeth Angela Marguerite Bowes-Lyon. The fashionable townhouse in which she was born, 17 Bruton Street in Mayfair, was later bombed during the Second World War and demolished. Today, a new building occupies the exclusive address, home to an appropriately upmarket Cantonese restaurant.

Elizabeth spent the first decade of her life with all the privileges of being a royal but without the responsibility of being the heir to the throne. In 1930 she was joined by a sister, Princess Margaret Rose, and they enjoyed a happy childhood together. Both were home-schooled by a governess who taught them history, geography, grammar and literature. Additional tutors taught them music, dancing and French. Their grandmother Queen Mary took them to museums and historical sites to widen their knowledge of Britain's politics and history.

On 20th January 1936, Princess Elizabeth's grandfather King George V died aged 70, and the crown passed to her uncle, who became King Edward VIII. However, within months he had plunged the country into a constitutional crisis by proposing marriage to a twice-married American divorcee Wallis Simpson. When it became clear that he could not marry her and remain on the throne, the King chose love over duty and abdicated on 10th December 1936. The crown passed to his younger brother Albert, who chose to reign as King George VI. Ten-year-old Princess Elizabeth became the heir presumptive, meaning that she would ascend to the throne if her parents did not produce a male heir. The succession laws at the time ruled that a son always took precedence over a daughter in the line of succession regardless of who was born first.

Princess Elizabeth's studies were expanded to prepare her for her future role. The Provost of Eton, Sir Henry Marten, was summoned to give her training in constitutional history, politics and imperial affairs. She was also personally tutored by the Archbishop of Canterbury in readiness for the day that she would become Head of the Church of England. She also spent a great deal of time with her father, learning the duties and responsibilities of a constitutional monarch first-hand.

The fourteen-year-old Princess Elizabeth demonstrated her calm and firm personality in her first radio broadcast in 1940. It was made specifically for the children of Britain and the Commonwealth who risked separation from their families. In her speech, she reassured them, "We are trying to do all we can to help our gallant sailors, soldiers and airmen, and we are trying, too, to bear our share of the danger and sadness of war. We know, every one of us, that in the end all will be well; for God will care for us and give us victory and peace."

Two years later, the King appointed his eldest daughter Colonel-in-Chief of the Grenadier Guards, and she made her first solo public appearance inspecting the troops in 1943 at the age of seventeen. She also began to accompany her parents on morale-building tours to inspect bomb damage, meet factory workers and bring some comfort to shattered communities.

In March 1945, she requested a commission in the Auxiliary Territorial Service to train alongside other women in advanced driving skills and motor vehicle maintenance. Her volunteer work as a truck driver and mechanic only lasted a few months. Still, in that time, she had risen to the rank of Junior Commander and had received valuable insight into life outside of royal circles.

When Nazi Germany surrendered unconditionally to the allied forces, a public holiday was proclaimed on 8th May 1945 to celebrate the victory in Europe. The two princesses were given a rare opportunity to slip unnoticed into the crowds and enjoy the celebrations.

Elizabeth later recalled, "We asked my parents if we could go out and see for ourselves. I remember we were terrified of being recognised ... I remember lines of unknown people linking arms and walking down Whitehall, and all of us were swept along by tides of happiness and relief."

Princess Elizabeth spent her twenty-first birthday with her parents and sister on her first overseas tour.   In a speech to the Commonwealth broadcast from Cape Town in South Africa, she dedicated her life to the service of the Commonwealth and its people; "I declare before you all that my whole life whether it be long or short shall be devoted to your service."

Two hundred million radio listeners worldwide heard Princess Elizabeth marry her childhood sweetheart Philip Mountbatten in Westminster Abbey on 20th November 1947. As the wife of a serving British naval officer, they lived for a short time in Malta, where he was stationed. Their first child, Prince Charles, was born at Buckingham Palace on 14th November 1948. A daughter, Princess Anne, arrived two years later on 15th August 1950.

Two more children would follow after she had become Queen. On 19th February 1960, Prince Andrew became the first child born to a reigning monarch since the birth of Queen Victoria's youngest child, Princess Beatrice in 1857. A fourth and final child, Prince Edward, arrived four years later on 10th March 1964.