Becoming a Queen - Remembering Her Majesty 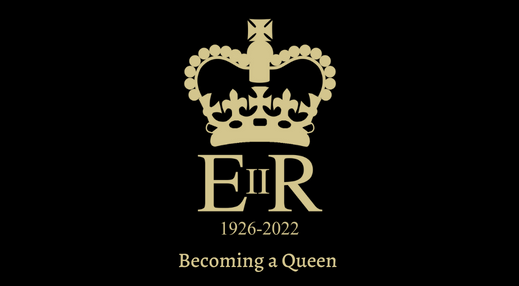 In September 1951, King George VI had surgery to remove part of his lung. He realised he would be too unwell to conduct the major tour of Commonwealth countries planned for the New Year and asked Princess Elizabeth and Philip to go in his place.

On January 31st 1952, against the advice of his doctors, the King joined other members of the royal family and Prime Minister Winston Churchill to wave the young couple off at Heathrow Airport. He looked gaunt and frail. It was to be his last public appearance.

Early in the morning of 6th February 1952, King George VI was found dead in his bed at Buckingham Palace.   He was just 56 years old. His death was a huge shock to many as the full extent of his illness had been withheld from the public. After a pleasant day spent outdoors with family and friends, the suddenness of his passing shocked even those closest to him.

As the tragic news broke worldwide, Princess Elizabeth, thousands of miles away in a remote part of Kenya, was informed by her husband that she was now Queen. The couple immediately abandoned the rest of their tour and returned to Britain. Philip, who must have thought he had many years left in the Navy, gave up the career he loved to take up his new royal duties as the Queen's consort.

For her coronation, on 2nd June 1953, she overruled the wishes of Churchill and permitted the ceremony to be televised, wanting her subjects to enjoy a time of celebration after the austere post-war years. Over twenty million people in Britain crowded around the small flickering screens to watch their young Queen crowned sovereign of the United Kingdom, Australia, New Zealand, Canada, South Africa, Ceylon and Pakistan.

An estimated worldwide audience of 300 million watched her make a solemn oath to govern the people, uphold law and justice and maintain and preserve the Church of England.

By 1953 the British Empire, which once covered a quarter of the planet, had almost completely evaporated, and the new Queen found herself Head of the Commonwealth rather than Empress of an Empire. Nonetheless, from the very beginning of her reign, the Queen devoted herself to the role she inherited from her father, the first to hold the title.

The Commonwealth is a truly remarkable organisation, currently comprising 54 member states that are primarily former territories of the British Empire. Each member state is "free and equal" with no legal obligation to one another but united by a shared language, history, culture and values, including democracy, freedom of speech, human rights, and the rule of law. The Commonwealth countries incorporate nearly a third of the world's population.

In November 1953, the new Queen and her consort embarked upon the most ambitious royal tour ever seen. Armed with 12 tonnes of luggage, they travelled over 40,000 miles by land, sea and air. The tour took them to Bermuda, Jamaica, Fiji, Tonga, New Zealand, Australia, Cocos Islands, Ceylon (now Sri Lanka), Aden (now Yemen), Uganda, Malta and Gibraltar.   It remains the longest Royal tour ever conducted, and it took an astonishing seven months.

In 1957, the Queen's Christmas Day Message was televised for the first time, and she used the platform to express her hope that it would bring her closer to her subjects;

"I very much hope that this new medium will make my Christmas message more personal and direct. It is inevitable that I should seem a rather remote figure to many of you. A successor to the Kings and Queens of history; someone whose face may be familiar in newspapers and films but who never really touches your personal lives. But now at least for a few minutes I welcome you to the peace of my own home."

Throughout her long reign, the Queen strived to modernise the monarchy to make it more accessible to ordinary people. In 1970, a civil servant proposed the idea of a royal walkabout during her tour of Australia and New Zealand that year. The Queen was receptive to the idea of adding an element of informality to the otherwise heavily choreographed public appearances. Instead of simply meeting local dignitaries, members of the Royal family would break with protocol and walk along the roadside, greeting members of the public who had come to see them. Despite the increased security implications that such direct contact with the people inevitably caused, the first walkabouts in Sydney were highly successful. The practice has continued on practically every tour since.

Her Silver, Golden, Diamond and Platinum Jubilee celebrations were all marked with ever larger parties, colourful parades, music festivals and beacon lighting ceremonies, with many thousands of individual street parties organised by local communities in cities, towns and villages.

In 1977, to celebrate her Silver Jubilee, the Queen and Prince Philip made a twelve-week tour of England, Scotland, Wales and Northern Ireland, visiting every county along the way. Huge flag-waving crowds came to cheer them wherever they went, including a million spectators in Lancashire alone.

The Queen's unswerving commitment to the Commonwealth and skills as a diplomat were clear from the very beginning of her reign. In 1961, the Prime Minister of Ghana, Kwame Nkrumah, was being heavily courted by the Soviet Union, and there were fears that the country would fall under its influence. Nkrumah was one of Africa's foremost leaders. Ghana had long been hailed as a symbol of a successful transition from the British Empire to independence while remaining on amicable terms.

As violence increased, the Government wanted to cancel the royal visit, but the Queen insisted that it continue despite the risk to her personal safety. Huge crowds welcomed her, and she successfully charmed Nkrumah, even dancing with him at a reception before the assembled media. By establishing a personal relationship with Ghana's leader, she ensured that the country remained a committed member of the Commonwealth and away from communist influence.

British Prime Minister Harold Macmillan compared her favourably with her famous predecessor, Elizabeth I, writing, "She is impatient of the attitude towards her to treat her as a woman, a film star or mascot...she has indeed 'the heart and stomach of a man'. She loves her duty and means to be a Queen and not a puppet."

In 1964, the Queen once again defused a potentially explosive situation during a tour of Quebec. Her arrival in the French-speaking province of Canada was met with violence between monarchists and separatists. Undaunted, she calmly carried out her engagements and addressed the Quebec provincial legislature in fluent French, reaffirming the crown's longstanding relationship with French Canada;

"I am pleased to think that there exists in our Commonwealth a country where I can express myself officially in French, one of the most important languages in our western civilisation... Whenever you sing 'O Canada' you are reminded that you come to a proud race."

Her courage in the face of open hostility gained her the admiration of Quebec's Premier Jean Lesage, and when she returned to Quebec three years later, she found a much warmer welcome waiting for her.