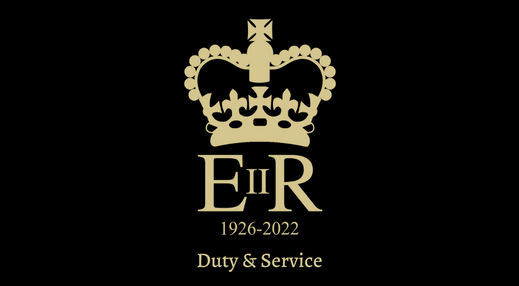 On 29th July 1981, two million spectators lined the streets around Saint Paul's Cathedral in London to cheer as the Queen's eldest son and heir, Prince Charles, married 19-year-old Lady Diana Spencer. The fairy-tale wedding was watched by an estimated global audience of one billion people. Public support for the monarchy around the world had never been greater.

On 14th October 1981, the Queen and Prince Philip were on a royal tour of Dunedin, the oldest city in New Zealand, when a troubled teenager pointed a loaded rifle at the Queen and pulled the trigger. Christopher John Lewis had harboured an intense hatred of the royal family and obtained a detailed map of the Queen's route through the city. He selected a vantage point where he had a clear view of the motorcade five stories below and waited until the Queen stepped out of her car to greet thousands of well-wishers who had lined the streets before taking his shot, lining up her jade dress in his scope.

The distinctive rifle crack rang out, but the bullet missed the Queen, who continued her walkabout as if nothing had happened. Immediately, police attempted to cover up the seriousness of the situation, initially telling the press that the noise had been made by a council sign falling over. When the media persisted, they claimed someone had let off firecrackers nearby.

The true seriousness of what had happened did not become public knowledge until 2018. Lewis's former solicitor claimed that the police were ordered to hush up the attempted assassination by a government who feared that the Queen would never visit New Zealand again if she learned the truth. Lewis was charged with possessing and discharging a firearm in public, and the affair was quietly forgotten.

Two years later,  Lewis tried to escape from a psychiatric hospital, claiming that he wanted to kill Prince Charles during his visit to New Zealand. He continued to express his frustration that his assassination attempt had failed for the rest of his life. In 1997, whilst awaiting trial for the murder of a young mother, he killed himself in prison.

In 1982, the Queen had another fortunate escape after another major security breach. Early in the morning of 9th July, she woke to find a stranger standing in her bedroom at Buckingham Palace.   An unemployed decorator called Michael Fagan had climbed up a drainpipe undetected, crawled through an open window and wandered through the palace unnoticed until he found the right door.

It was Fagan's second unauthorised visit to the palace. A month earlier, he startled a chambermaid and stole a bottle of wine. As officers mounted a search, he quietly slipped out and went home. Palace security concluded that the chambermaid had imagined the intruder. On his second visit, he triggered an alarm, which was switched off by officers who assumed it must be faulty. The Queen's bedroom was unguarded because the guard stationed outside her door had left at the end of his shift and his replacement was late.

After wandering the palace corridors for several minutes before finding the royal apartments, Fagan accidentally broke a glass ashtray, cutting his hand. When he entered the Queen's bedroom, he was bleeding and holding a piece of the broken glass. We do not know what the intruder and the monarch said to each other. At some point, she was able to leave the room and raise the alarm, which involved making two calls to the palace switchboard. Fagan was eventually apprehended and committed to a psychiatric hospital for six months.

The Queen always had a great affection for South Africa, which left the Commonwealth in 1961 after its racist policy of apartheid was judged to be incompatible with its values. The following year, the black anti-apartheid activist Nelson Mandela was jailed for instigating nonviolent protests opposing the South African Government.   His incarceration made him an iconic international symbol of the oppression of black South Africans by the racist apartheid system.

In 1990, Mandela was eventually released, and the Queen demonstrated her delight by inviting him to attend the Commonwealth Heads of Government Meeting (CHOGM) in 1991. The invitation was a surprise because South Africa was no longer a member of the Commonwealth, and Mandela was not the country's leader. However, he accepted the invitation and attended.

In 1994 the Government of South Africa finally banned apartheid, and in the democratic elections that followed, Mandela became the country's first black President. He wasted no time in contacting the Queen to request permission for South Africa to re-join the Commonwealth. The other countries agreed unanimously. Addressing the South African Parliament on the first day of her six-day tour, the Queen declared, "I have come back to see for myself what is little short of a miracle… You have become one nation, whose spirit of reconciliation is a shining example to the world."

The marriage of the estranged Prince and Princess of Wales was officially dissolved in the High Court in August 1996. One year later, Diana was killed in a car accident in Paris, sparking a wave of national mourning. In a break with an established convention, the Queen permitted the Union flag to fly over Buckingham Palace at half-mast. She also made a rare live televised address to the nation from Buckingham Palace, publicly praising her former daughter-in-law.

"She was an exceptional and gifted human being. In good times and bad, she never lost her capacity to smile and laugh, nor to inspire others with her warmth and kindness. I admired and respected her - for her energy and commitment to others, and especially for her devotion to her two boys."