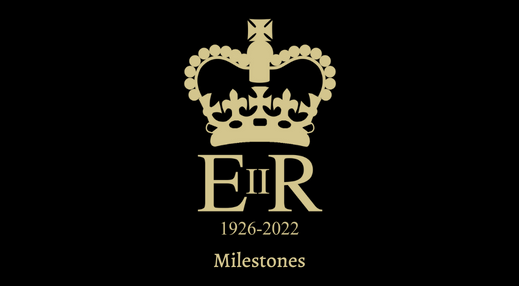 In 2002, the Queen became only the sixth monarch in British history to celebrate fifty years on the throne. She and Prince Philip toured the Commonwealth countries of Jamaica, New Zealand, Australia and Canada and visited seventy towns and cities in England, Scotland, Wales and Northern Ireland. A million people gathered in central London to watch the Jubilee festivities, including a spectacular Mall parade involving 20,000 people. That evening, the star-studded "Party at the Palace" pop concert became one of the most watched musical events in history, attracting two hundred million worldwide viewers. It began with Brian May from the rock group Queen, famously playing the national anthem on his electric guitar from the roof of Buckingham Palace. This would have been unthinkable at the start of the Queen's reign and shows how much she enabled the monarchy to evolve to meet the demands of modern Britain.

On 9th April 2005, the Queen's eldest son Prince Charles married the divorced Camilla Parker Bowles. Their close friendship had continued throughout his marriage to Princess Diana, causing the latter to complain in a television interview shortly after their separation that there had been three in the marriage.

When Diana died in 1997, the couple bore the brunt of the public's anger that their affair had brought unhappiness to her tragically short life. But by 2005, this strength of feeling had subsided, and their decision to marry was seen as an attempt to avoid a future constitutional crisis by making Camilla an official member of the royal family.

In May 2011, the Queen became the first British monarch to visit the Republic of Ireland since it had become a self-governing independent country. The visit was hailed as a powerful symbol of the normalisation of relations between both countries following many decades of tension.

Her speech at a state dinner in Dublin Castle was widely praised in both countries for striking the required tone. The Queen spoke of "the ties between our people, the shared values, and the economic, business and cultural links that make us so much more than neighbours, that make us firm friends and equal partners." But she acknowledged that "It is a sad and regrettable reality that through history our islands have experienced more than their fair share of heartache, turbulence and loss". Her regret for "things we wish had been done differently or not at all" won her near-universal praise across Ireland.

She also looked to the future by applauding the efforts of those involved in the peace process and concluded by celebrating "the widespread spirit of goodwill and deep mutual understanding that has served to make the relationship more harmonious, close as good neighbours should always be."

In 2012 the nation held a Diamond Jubilee celebration for only the second time in history. Unlike previous Jubilee years, which included tours of the Queen's overseas realms, the heads of state came to London to pay their respects. The celebrations included a Diamond Jubilee Pageant, where a thousand boats from all over the Commonwealth braved the rain to sail together through the city of London – the largest flotilla seen on the river Thames in 350 years.

A month later, the Queen opened the 30th Olympiad of the modern era in London. Her arrival in the stadium during the lavish Opening Ceremony was one of the most spectacular ever seen.

Several months earlier, she had agreed to participate in a short four-minute film in which she is escorted to the stadium by James Bond. Such was the secrecy surrounding the filming that even senior members of the royal family were unaware it had happened.

In her first acting role, the Queen sits at a writing desk in her study as Bond arrives at Buckingham Palace to escort her to the Olympic stadium. She greets him, and they walk through the palace corridors to a waiting helicopter which flies them across central London and over the packed stadium. They then appear to leap from the helicopter with parachutes and land just outside the stadium. The Queen then entered to rapturous applause wearing the same outfit.

Lord Coe, one of the organisers of the London Games, later revealed that Princes Charles, William and Harry, all watching in the stadium, had been left stunned and speechless by the Queen's participation in the film. Like the rest of the world, they had assumed that an impersonator would play her role. The moment when she looked up from her writing desk and said, "Good evening Mr Bond" was as much of a shock for them as it was to everyone else. Later, as she appeared to jump from the helicopter under a parachute emblazoned with the Union Jack, Lord Coe claimed that her excited grandchildren had spontaneously shouted, "Go, Granny!"

The following year, the Queen was presented with an honorary Bafta award in recognition of her lifelong support of British film and television - and for being the most "memorable Bond girl yet".