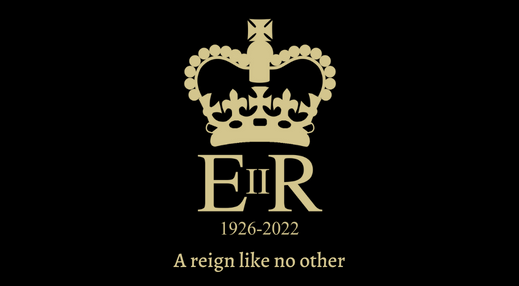 During her long reign, the Queen gave Royal Assent to over 3,500 Acts of Parliament and was served by fifteen Prime Ministers, twelve men and three women. The first, Winston Churchill, was Prime Minister when she became Queen, and she invited her last, Lizz Truss, to form a government just two days before her death. Five of her Prime Ministers (Tony Blair, David Cameron, Theresa May, Boris Johnson and Lizz Truss)were all born during her reign.

There has always been widespread speculation about the Queen's relationship with her Prime Ministers. Despite their weekly meetings being kept confidential, it is to be expected that she has enjoyed the company of some more than others. She has described her meetings with Winston Churchill as being "always such fun", and Harold Wilson once described his weekly visits as like "going to see mother". Her relationship with other Prime Ministers, notably Edward Heath, Margaret Thatcher and Tony Blair, are thought to have been considerably more prickly.

On 9th September 2015, the Queen became Britain's longest reigning monarch, surpassing the reign of Queen Victoria. The following year she celebrated her 90th birthday as the country marvelled that Her Majesty was still making over 400 royal engagements a year. Following the death of King Bhumibol of Thailand on 13th October 2016, the Queen became the world's oldest reigning monarch.

In recent years, the Queen began to scale back the number of her engagements. Her final visit to Australia in 2011 was described at the time as her farewell tour, and she did not travel overseas again after 2015.

In addition to the Queen's annual Christmas Day message, watched by millions of people worldwide, the Queen made two special television addresses in 2020. The first, in April, was made from Windsor Castle during the coronavirus pandemic. She paid tribute to frontline NHS staff and care workers and thanked people for staying at home, reassuring her subjects, "We should take comfort that while we may have more still to endure, better days will return. We will be with our friends again, we will be with our families again, we will meet again."

One month later, she made a televised speech to mark the seventy-fifth anniversary of Victory in Europe Day. In it, she recalled the jubilant scenes that she had witnessed with her sister, parents and Winston Churchill from the balcony of Buckingham Palace and the sense of joy in the crowds. In a moving tribute to those who had not survived the terrible conflict, she said, "they died so we could live as free people in a world of free nations. They risked all so our families and neighbourhoods could be safe. We should and will remember them."

Without mentioning the Coronavirus pandemic directly, her message concluded with her pride that Britain was still a nation that those who had served in the Second World War would recognise:

"But our streets are not empty; they are filled with the love and the care that we have for each other. And when I look at our country today and see what we are willing to do to protect and support one another, I say with pride that we are still a nation those brave soldiers, sailors and airmen would recognise and admire."

On 9th April 2021, the world mourned with the Queen following the death of her beloved consort Prince Philip at the age of ninety-nine. While he once modestly described himself as "the world's most experienced plaque unveiler", she described him as her "strength and stay". He provided a near-constant presence at her side which helped to support and sustain her almost to the very end of her long reign.

In June 2022, the country celebrated the 70th anniversary of the Queen's reign with a giant bank holiday weekend party culminating in a lavish pageant on the Mall and another musical extravaganza outside Buckingham Palace.

Unfortunately, the Queen's mobility issues meant that she had to restrict her public appearances during the weekend to three brief appearances on the Buckingham Palace balcony, two during Trooping the Colour, and one at the very end of the Platinum Jubilee Pageant. She also made a surprise appearance in a charming two-minute film alongside an animated Paddington Bear, who had visited Buckingham Palace for tea. The two share their love for marmalade sandwiches, with the Queen opening her handbag to show Paddington where she keeps hers. It concluded with Paddington saying, "Happy Jubilee, Ma'am and thank you for everything". The Queen replied with a smile, "That's very kind".   It was to be one of her last public appearances.

Her Majesty The Queen

It is unusual for the death of a ninety-six-year-old woman in declining health to create a tsunami of shock around the world. But it is a testament to the steadfastness and constancy of her late Majesty Queen Elizabeth II over seven decades of dedicated public service that the announcement of her passing on the evening of September 8th was met with an outpouring of great shock as well as great sadness.

Earlier this week, the world saw photographs of a smiling monarch who appeared genuinely happy to welcome her fifteenth Prime Minister to her home at Balmoral. There, Liz Truss was formally invited by the monarch to form a government in her name. Even when it was reported that family members were rushing to the Queen's bedside after doctors expressed concern at her worsening condition, there was still a sense that her indomitable spirit would somehow prevail. She was the glue that held this nation and the wider Commonwealth together, and our world feels colder and darker today without her.